Previously only those with less than 20% down were tested, but now all borrowers will be

Canada's top banking regulator has published the final version of its new mortgage rules, which include a requirement to "stress test" borrowers with uninsured loans to ensure they could withstand higher interest rates. 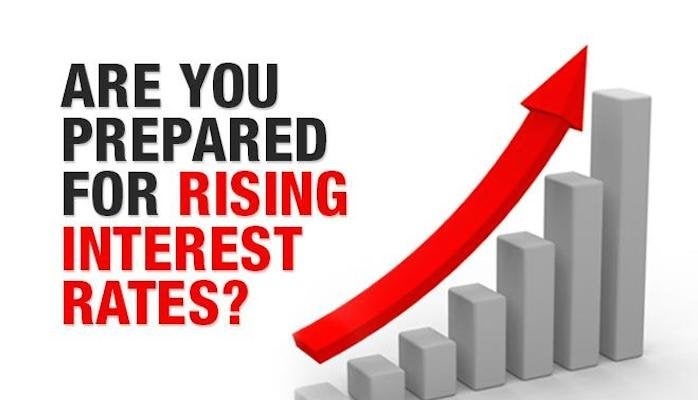 The Office of the Superintendent of Financial Institutions (OSFI) released new guidelines for the mortgage industry on Tuesday. The regulator floated a similar version of these rules earlier this summer in draft form, but Tuesday's release makes them official as of Jan. 1.
Among the major new rules is a requirement to stress test uninsured borrowers. Previously, only insured borrowers had to undergo such a test.
By law, borrowers with a down payment of under 20 per cent for a home must purchase mortgage insurance. Borrowers pay an insurance premium, but the beneficiary is actually the lender, because the insurance protects the loan giver in the event the borrower defaults on the loan.
And the insurance premiums can easily be into the thousands of dollars, on top of the cost of a home, ranging from 0.6 to 4.5 per cent of the mortgage, depending on the size of the down payment and the price of the property.
The Canada Mortgage and Housing Corporation is far and away the biggest mortgage insurer in Canada, although it competes with private rivals Genworth Financial, Canada Guaranty and a few others.
On a $500,000 home with a $50,000 down payment, the CMHC says a borrower would be charged an extra $13,950 to insure the $450,000 mortgage.
The vast majority of first-time borrowers have to purchase mortgage insurance, and they have been obligated to undergo a stress test of their finances since last year.
Anyone who puts down more than 20 per cent of the value of a home doesn't have to pay such insurance, and is known as an "uninsured" borrower — the people affected by the new rules revealed Tuesday.The stress test itself consists of ensuring the borrower would be able to pay the loan if interest rates become higher than they are today.
According to the Bank of Canada, the big banks currently have an average five-year posted mortgage rate of 4.89 per cent. But it's not difficult to find a lower rate by shopping around. (Rate comparison website ratesupermarket.ca calculates that many lenders are offering five-year mortgages below three per cent, as does rival RateSpy.com and many others.)
The stress test is designed to simulate a borrower's financial situation by assuming they would have to pay back the loan at the posted average — not whatever deal they were able to negotiate. So under OSFI's new rules, borrowers would be stress tested at either the five-year average posted rate, or two per cent higher than their actual mortgage rate — whichever one is higher.
Notably, the new stress test rules won't apply to mortgage renewals as long as they are with the borrower's existing lender.The regulator published a draft of its new rules over the summer, before consulting with stakeholders about any changes that need to be made.
The regulator said it received more than 200 submissions from people in the industry and members of the public about the rules as they were proposed in July.
The idea's critics, including many in the real estate industry, said imposing a stress test on all buyers would put a chill on the housing market at a time that it can ill afford it.
But OSFI is pressing ahead anyway with changes it describes as "vigilant."
"These revisions reinforce a strong and prudent regulatory regime for residential mortgage underwriting in Canada," said Jeremy Rudin, OSFI's superintendent. 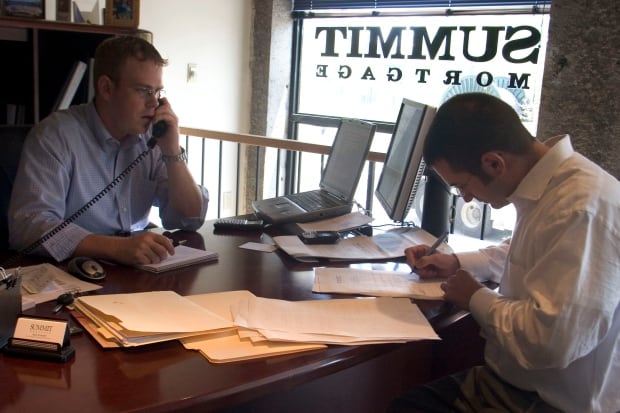 New rules won't apply to those renewing their mortgage. But everyone else will be stress tested, regardless of whether they are getting an insured or uninsured loan. (JB Reed/Bloomberg)
TD Bank economist Brian DePratto agrees with that assessment, noting "on balance, these changes should help enhance the resilience of the Canadian banking system in a rising interest rate environment.
"But that's not to suggest there won't be pain to be had because of them. DePratto estimates that expanding the stress test to all buyers will depress demand for housing by about five or 10 per cent, and there may be a mini-rush to get in before the new rules come in in January.
He believes the housing market's reaction to the last stress test rules in 2016 are a good example of why the regulator felt compelled to act again: As of August, insured mortgages were down 4.5 per cent in the 12 months since they were subject to a stress test.
Uninsured mortgages, meanwhile, grew 17.3 per cent — which suggests homeowners were doing anything they could to get their down payments above the 20 per cent threshold, and away from being locked out of an insured mortgage from failing a stress test.
"Estimates peg the uninsured market at roughly 80 per cent of activity recently, so this measure will bite, arguably more than past changes in the priciest markets," Bank of Montreal economist Doug Porter said.
In practical terms, the stress test would mean that a potential buyer of a $1 million home with 20 per cent down would see their purchasing power knocked down by about 15 per cent, he estimated.
"These changes in mortgage rules represent a further tightening of the screws for the housing market.
"Mortgage broker Kim Gibbons with Mortgage Intelligence said she thinks the new rules are a little too strict."In the mortgage world, a lot of people are talking about how it's too stringent and the government is tightening up far too much, considering what the delinquencies are in this country for mortgages," she said in an interview.
"And I know that they want to cool the market, but this might put a halt on it."
"I think it's going to be a busy November and December. And I think after that, it's going to cool the market a bit," she said.
Other changes too
In addition to the stress test, the new rules would require lenders to have more scrutiny around the loan-to-value ratio of the loans they give out, to ensure they are not giving out mortgages that are too large compared to the underlying value of the home.
There's also new limitations on so-called co-lending or bundled mortgages that aim to ensure lenders don't flout rules designed to limit how much they can lend.